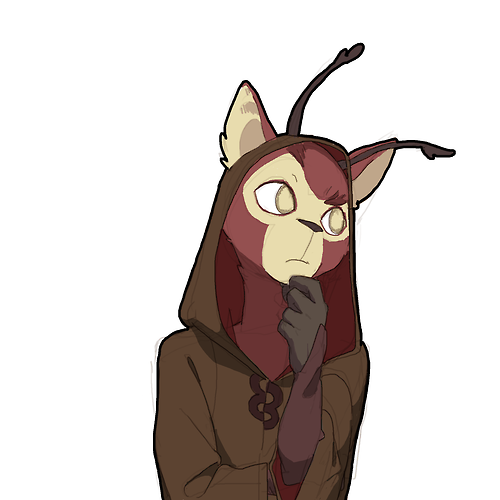 A few times, although I think I’m done with it now. I’ve talked to my writer about it, and it seems like the concept of “love” is a lot different for humans. There isn’t any sense of love being “forever” here. Generally, a successful romance is considered one that lasts a single lifetime. Once of of the people involved persists to their next life, it’s pretty weird to continue the romance. Generally, if you’re romantically involved with someone, it’s very likely that one of you will sire the other (relevent entry on persistence). At that point, continuing the romance would be incestuous, and other than the Sazid (a really weird culture/religion), there isn’t anyone who is ok with that. I mean it happens sometimes, but it’s really unhealthy.

Beyond the obvious biological problems with it, staying in love with someone for too long is really mentally unhealthy, too. Everything but us dies. Animals die, physical objects crumble away, ideas are forgotten. There is a version of the saying “It couldn’t outlast you” in almost every language, meaning “You have to let go of things that are impermanent.” There’s also the implication in the saying that if you hold on too tight, you’ll be dragged down with the things that are going to die, and there are plenty of parables on the subject. Anyhow, it includes romances.

I guess the idea of a romance lasting “forever” might be comforting if you’re born doomed to die, but that’s still something that I have a lot of trouble being able to understand. The idea of how anything can ever work in a society of people who are aware that there’s a 100% chance that they’ll end up dead is just a crazy thing to have to wrap my head around.

Anyhow. Yeah, I’ve been there and done that. Ran into some trouble with it and never really stopped reeling.