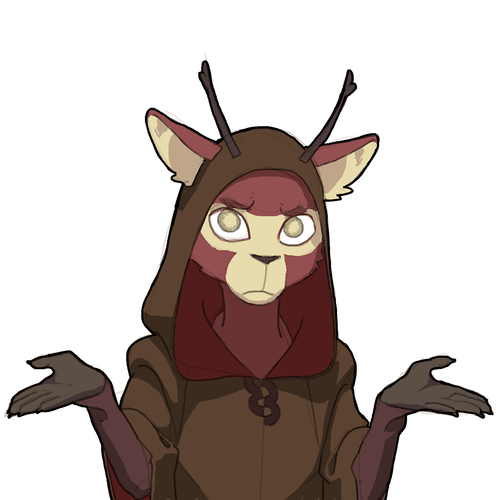 Obviously people who follow their religions believe in their gods, yeah. I mean why would they follow the religions otherwise? And there are tons of different faiths and followings.

I’m pretty sure that I believe that there’s at least something, in terms of the supernatural. My religion is Siasha, and our primary god is Sedu, who was the moons before they broke apart. I don’t know how literal that all is, but there’s a lot of truth to be found in the writings and traditions that surround the whole thing, even if people like my parent take it way too seriously.

As for other religions, though? Some are really weird, like the Sazid. They aren’t a very big religion, but it’s strange enough that they get a lot of attention. They believe that they need to achieve a sort of overmind, or something like that. They think the way to do that is interbreeding generation after generation after generation until they persist to a point where they are genetically identical. It’s… really weird.

Some are abandoned, like Sinsu, the religion of the destroyed Usum people. That died out with the monstrous people who practiced it.

A more typical, and much more common one is Polgeni. They worship The Polgeni (after which their religion is named) as the creator of the universe. They believe that all intelligent life is created within the body of The Polgeni as a form of meditation, to help the god better understand themself. They also believe that all intelligent creatures are themselves able to create worlds within their bodies to explore their own identities. What’s interesting is that they don’t believe that there is any “top” god. The Polgeni themself is just a creature within a world that was created by their god, who was themself created by another god, and up and up forever.

There are more religions all over Darisa than I could ever list, and certainly more than I’m aware of.

As for proof that any of the gods are real, though? I dunno, part of me just thinks that for any of the incredible things that at least some of them have to be real, or that maybe a bunch of religions all came from seeing the same gods in different ways… but they seem to keep to themselves.