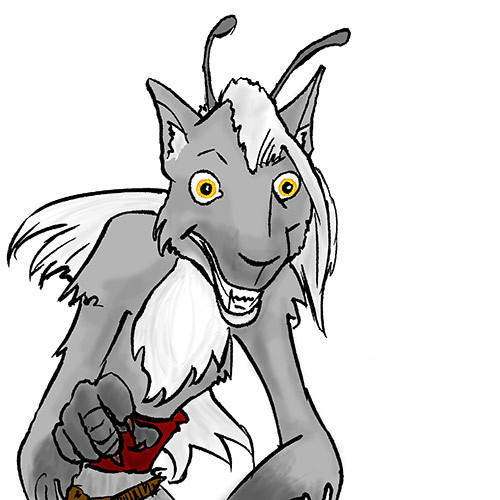 The help explained your question to me. I thought you were talking about some sort of magic weapon, but you just mean one controlled by voice, don’t you? They told me that speaking with our antennae makes you think of magic?

That’s a terrible idea, though. If you just had to yell “shoot” in as bright a voice as you could and every gun within range of your voice would fire. You couldn’t sneak up and kill anything. In any event, wars have been less frequent as of late. The last one was a dozen or so lives back. Maybe a bit more, I don’t remember exactly. People actually named it “Usum’s End,” which is funny. So many people actually seem to think that it means that war is a thing of the past.

But your question is good. Even if you asked it in a stupid way. The best weapons are simple ones. Knives, for example. Guns work well when they work, but jam up too often. If you can find one, anyhow. No one much uses guns but hunters any more. Not even criminal syndicates, although they can get violent sometimes. There aren’t so many people who remember back when war covered the whole world. They think that burying all of that in the past somehow keeps it from ever seeping up through the soil again.

The help told me stories about the weapons you have. I can barely stop from laughing even now. They couldn’t even get through the whole explanation before I just broke down. You’ve got guns that can shoot people from over a mile away? You can destroy entire cities with the push of a button, and none of you live anyhow? It’s hilarious that you’re all still alive right now. What incentive do you have not to just kill each other? It’s not like you’ll keep living anyhow. Your gods played a pretty funny joke on you.